For nearly two years, we’ve been following the saga of patent troll Lodsys, which has been demanding licenses from and filing lawsuits against developers over in-app purchasing and related functionalities in their apps.

Apple quickly stepped in on behalf of iOS developers when the situation first arose in May 2011, claiming that its existing license with Lodsys covered developers using iOS development tools, and nearly a year ago Apple was granted limited permission to intervene in lawsuits filed against developers by Lodsys. While Lodsys initially focused on small developers, it did expand its scope to take on gaming heavyweights such as EA, Rovio, and Atari.

News has been relatively quiet on the Lodsys front for the past year, although the firm did announce last October that a key claim of one of its patents had been upheld following reexamination and tout that it was achieving significant licensing momentum with over 150 companies already signed up to license some or all of the firm’s four patents. Many of these firms are small developers who likely felt that taking out a license was a safer solution than trying to fight a lawsuit against Lodsys.

We’ve heard that Lodsys has continued to send out notices to app developers over the last few months, and yesterday the firm took on another big name in the industry byfiling suit against Disney. As with many of the firm’s other lawsuits, Lodsys is citing its ‘565 and ‘078 patents in alleging that Disney’s apps, including the popular Where’s My Water?, contain infringing functionality.

On information and belief, Disney manufactures, uses, sells, imports, and/or offersto sell infringing products and/or services —
including but not limited to Disney’s applications such as Where’s My Water? — which infringe at least claims 1, 15, and 27 of the ‘565 patent under 35 U.S.C. § 271.

Prior to filing this complaint, Lodsys informed Disney of the patents-in-suit and offered to enter into a licensing arrangement that would allow Disney to continue practicing the inventions claimed in patents-in-suit. Disney, however, chose not to enter into a licensing agreement. Instead, with knowledge of the patents-in-suit and disregard for Lodsys’ patent
rights, Disney chose to continue its infringement. On information and belief, Disney continued its infringement despite an objectively high likelihood that its actions constituted infringement of a valid patent (i.e., the ‘565 patent). Disney was made aware and, therefore, knew of the risk that it infringed the ‘565 patent. Accordingly, Disney acted knowingly, willfully, and with intent to infringe the patents-in-suit. 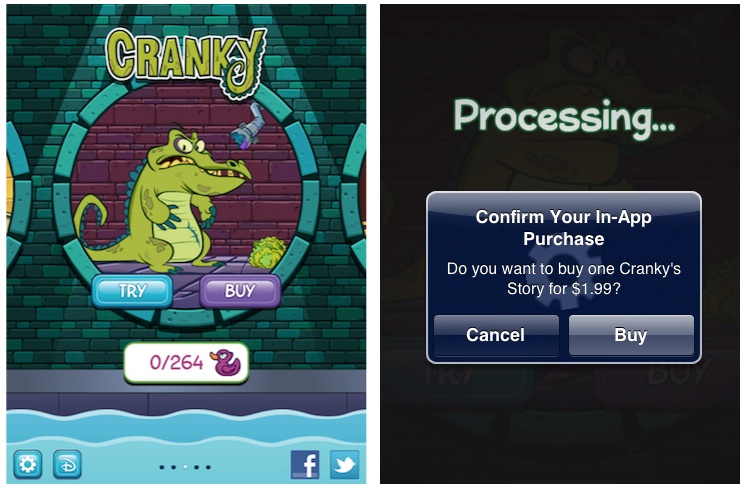 The lawsuit against Disney is just one of ten filed against app developers by Lodsys over the past several days, with other targets including major iOS developer Gameloft andPaper Toss and DragonVale developer Backflip Studios. Also targeted is TLA Systems, which consists of PCalc developer James Thomson, who was among the first to speak up about threats by Lodsys nearly two years ago. 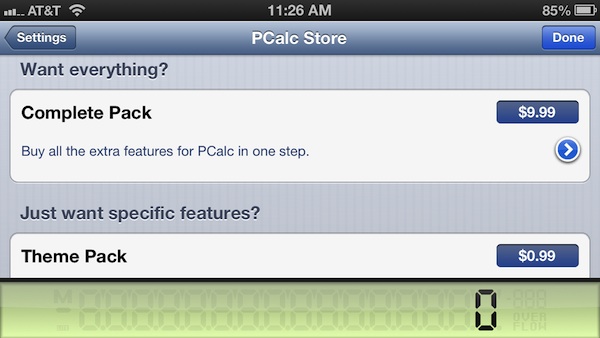 Lodsys now touts that over 200 companies hold for its patents, and it seems to be ramping up efforts to expand that number even further, using new lawsuits to pressure developers who have declined to enter into licensing agreements so far.

Lodsys is targeting not only app developers with its efforts, but also other companies such as major retailers Nordstrom, Burberry, and Godiva. In recent months, Lodsys has filed additional lawsuits against other companies including SanDisk, Volkswagen, Crocs, Dr. Pepper Snapple, General Motors, and HP, demonstrating the broad range of companies being targeted by the effort.

It is currently unclear exactly where things stand with Apple’s efforts to defend its developers from threats by Lodsys, but Lodsys has clearly been emboldened by its licensing and patent challenge successes and is continuing to take aggressive steps to capitalize on its patent holdings.