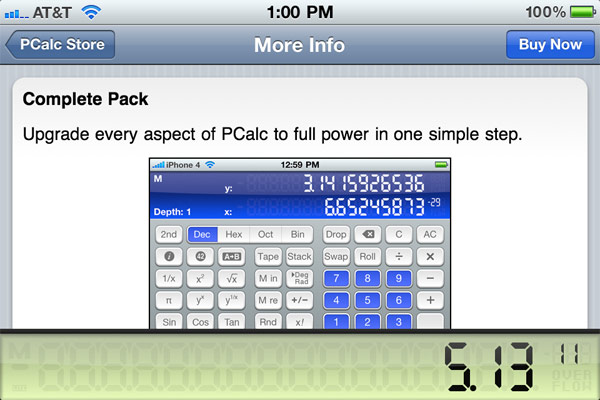 You may have heard that an unknown company called Lodsys was threatening to sue small iOS developers over the use of in-app purchasing, a system-wide iOS mechanism that lets users buy additional content inside apps, using their standard iTunes credentials. This being an Apple-designed feature, a lot of  folks were left scratching their head when Lodsys announced last Friday plans to take developers to court should they refuse to pay royalties.
Following a storm of criticism by many online media outlets and bloggers who said the company was acting like a patent troll, Lodsys put out a blog post. No, they’re not patent trolls and yes, they’re just trying to “get value for the assets that it owns”. Right. In a series of Q&A posts Lodsys detailed this issue. They’re entitled to claim 0.575 percent of US revenue made from in-app purchases, so says Lodsys. On annual sales of one million dollars this amounts to $5,750 a year in license costs. But wait, there’s more of that nonsense.
They apparently have licensing agreements with Apple, Microsoft and Google, but those do not extend to third-party software offered on mobile bazaars. Therefore, Lodsys is collecting royalties from independent iOS developers themselves. Furthermore, Lodsys hinted, they might ask the same from Android and Windows Phone developers. Something tells me the company is deliberately pressuring small iOS developers in an attempt to push Apple into signing an extended licensing agreement, but Lodsys says that’s not the case. Going head-to-head with Apple’s legal sharks isn’t the wisest choice, in my personal opinion. I guess Lodsys didn’t get the memo.
0
SHARES
FacebookTwitter
GoogleLinkedinPinterestWhatsapp