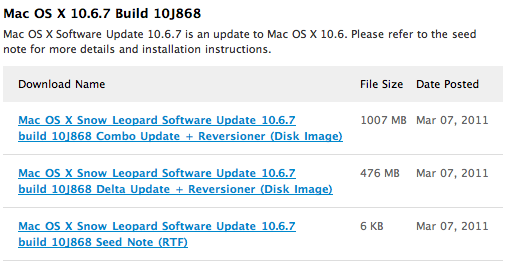 Apple has just seeded a new beta release of Mac OS X 10.6.7 to developers and it carries a build number of 10J868. The latest build has no known issues and Apple is asking developers to focus on Safari, Mac App Store, AirPort, Bonjour, SMB, and Graphics Drivers. A public release date for 10.6.7 has not been provided by Apple.
0
SHARES
FacebookTwitter
GoogleLinkedinPinterestWhatsapp