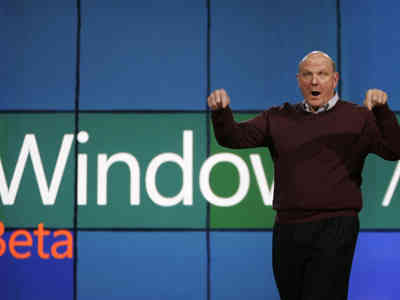 Ugh.  This is the kind of deal that you know is bound to fail in the long run.  Skype is treading water, having just released a horrific Mac update to its chat software but building passable software on iOS as well as other platforms.  Its major problem is that its innovation has slowed to a crawl since being picked up by eBay.
Which segues nicely to Microsoft, who is clumsily making purchases to cover its lack of innovation.  Instead of building a VoIP service for its Windows Live Messenger, they are scooping up Skype’s huge user base of users for a lot of money -$7B if the WSJ is correct.  Probably too much for a company that isn’t innovating and relying on old technology for its revenues.  Speaking of Revenues, Skype’s plan is to start advertising in its chat window if its IPO prospectus is to be believed.
A Skype purchase will kill innovation (what’s left of it anyway) in the Skype product as it gets integrated with Windows Messenger/Live Communications probably long enough for Facebook and Google (and even Apple) to render it useless with their own VoIP products.
But, one thing will stay constant.  Skype has always been behind on its Mac versions.  Look for Microsoft to continue that trend as it is their sweet spot (see Office or anything really).
Best reactions from around the web:
“Microsoft buying Skype for over $7 billion isn’t the craziest thing I’ve heard, but it’s damn close.”Nilay Patel
“Everyone jump on Skype” is about to become “Everyone jump on Microsoft P2P VoIP client for Windows Live Communications 7 Home/Pro/Ult” :-/ – Rene Ritchie
So Microsoft is paying $7 billion to lose even more money online each quarter. Makes perfect sense. – MG Siegler
Two turds don’t make an Eagle – Vic Gundotra
Updated to $8.5B per Kara Swisher with an announce tomorrow.
0
SHARES
FacebookTwitter
GoogleLinkedinPinterestWhatsapp