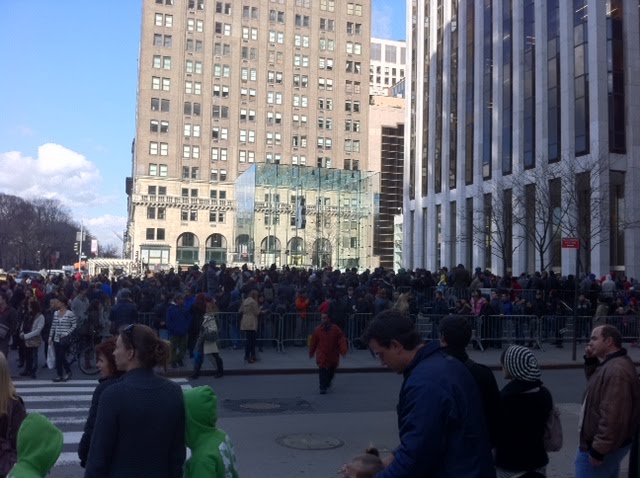 iPad 2 is flying off the shelves due to higher than expected demand. If you waited in line for hours only to be instructed to visit the store another day, you should mark your calendar tomorrow as Apple is rumored to be opening its retail stores one hour early tomorrow for iPad sales. Tipsters told Apple Bitch that the stores are re-stocking today with new iPad 2 shipments as the company prepares for dedicated iPad 2 sales tomorrow.
“We have confirmed this with three retail stores,” the site reported today, speculating this could mean a 9am opening time. If true, I suspect lots of early adopters who walked out empty handed at launch might line up on Tuesday to get their hands on the tablet, providing Apple with more free publicity.
We’re still awaiting an update from Apple regarding weekend sales numbers. Earlier today, an Apple spokesperson called the initial demand “amazing.” Analysts’ estimates range from 500,000 units to more than one million devices, easily surpassing the 300,000 iPads sold during its launch weekend last year.
0
SHARES
FacebookTwitter
GoogleLinkedinPinterestWhatsapp