Apple has updated Remote earlier today, its free iOS app for controlling desktop iTunes from your iDevice. Release notes accompanying the universal binary download cite a pair of under-the-hood tweaks and the addition of a “skip back” button when playing video. However, Apple’s technical writers have forgotten to include in the description an overlooked new feature, the ability to control the iTunes visualizer.
Our reader Douglas S. tipped us on this. Frankly, we don’t recall this feature in earlier versions so it must be a new thing (correct us otherwise in the comments). “Looks like you can now turn on the Visualiser on Itunes directly from the Now Playing screen,” Douglas writes. He’s right – a new icon does appear upon tapping to reveal controls on the Now Playing screen. You can tap it to turn the iTunes visualizer on and off. Unfortunately, it’s a Mac-only feature.
If you don’t see it sitting right next to the Genius icon, turn the visualizer on in iTunes on your computer and the icon should appear in the Remote app on your device a few seconds later. You only need to do it once to kinda “register” the iTunes visualizer with the app.
Oh, and those under-the-hood tweaks I mentioned earlier? According to the iTunes description page, there are “improvements when connecting to iTunes or Apple TV” and “additional stability and performance improvements.” It’s nothing to write home about, but we definitely love the new iTunes visualizer control and thought you should know about it.
Thanks, Douglas! 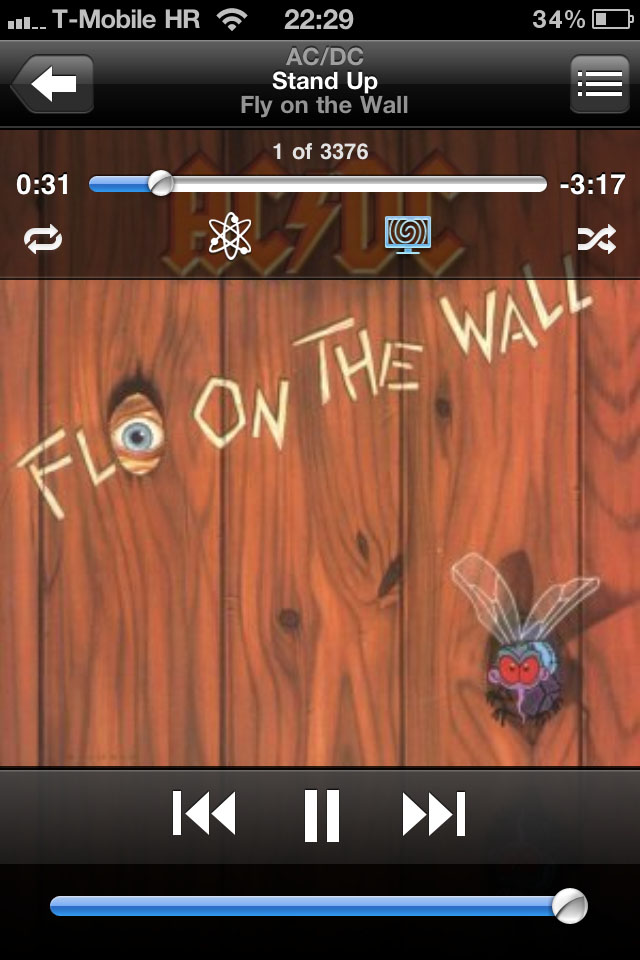