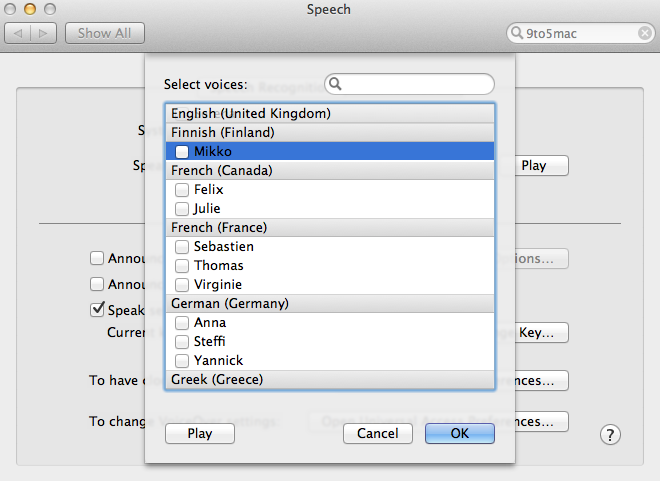 From Lion System Preferences
Apple and Nuance’s rumored partnership is all but official at this point: Apple’s upcoming Mac OS X Lion uses Nuance’s speech technology. A quick look in Lion’s system preferences application reveals several new voice options (shown above) with accents ranging from French to Romanian to Thai. This might seem like some fancy new voice technology that Apple decided to craft up for Lion but it’s actually something that Nuance created for their RealSpeak text-to-speech software. 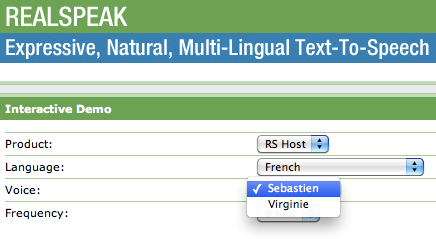 From Nuance RealSpeak website
Each voice preference costs $45 directly from Nuance, so it’s a safe bet that Apple made some agreement with Nuance for the technology. With the rumors that Apple and Nuance will be making some joint announcements at WWDC, we think this new Lion feature is pretty much confirmation of that. Look for something like this in iOS 5 – hopefully with some Siri technology mixed in as well.
0
SHARES
FacebookTwitter
GoogleLinkedinPinterestWhatsapp