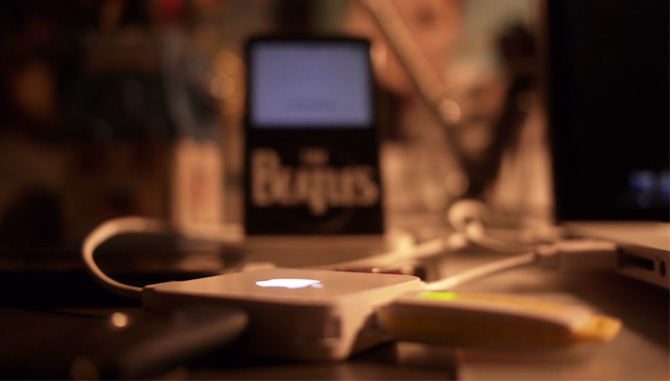 Less than a week after MIC announced the cutesy $10 iHub for the Mac, it looks like Apple released its legal rottweilers after the company that also brought you the Steve Jobs Doll. The iHub is a tiny four-port USB hub that looks like a miniaturized Mac mini. Our reader Thomas Massengale first noticed this and gave us a heads-up in the comment section of the iHub piece:

Well, I just heard from MIC that the iHub has been pulled after Apple put pressure on them. They do say that they will fulfil all existing orders so I’ve got 5 on the way!

Indeed, the original link no longer works and the online MIC store simply says that “the product is no longer available.” Judging by your comments, this development doesn’t come as a surprise as the product, unfortunately, blatantly infringes Apple’s trademarks. Read on…
The iHub accessory prominently featured the Apple logo on both its packaging and the product itself which, needless to say, is not permitted. The Apple logo on the device lights up to a cool effect when the USB hub is in use and their promotional video advertised this as a feature.
I say advertised because the video has just been pulled as well. They even call the product “the unofficial USB hub.” Let’s see if they re-release the iHub without the Apple logo.
A reader also heard back from the online MIC store after he placed an order. Looks like Apple in fact forced them to stop selling the gadget:

Dear Customer, We are warned by Apple Inc. to stop selling the iHub and pull it down from our store. If you have already made a purchase, you are one of the lucky ones. We ship all orders within 3 working days after payment made but due to the Easter Public Holiday from Apr 22~25, shipping resumes only Apr 26. As we have many orders to process, there will be a slight delay. Delivery takes 10-14 working days after ship out from Hong Kong and tracking will be provided upon ship out. Please accept our apologies and rest assured that we are working hard to rectify this. w/rgds, Cyril Chang.