How to restore iPhone 5, 4S, 4, 3GS, iPad 4, 3, 2, mini, iPod touch 5G and 4G without losing untethered jailbreak (without iTunes)? Well, Million of jailbreak lovers were waiting for iOS 6 untethered jailbreak for long months, but unfortunately after releasing it, Apple has pushed its latest iOS update 6.1.3 to patch the exploit used on evasion iOS 6 untethered jailbreak. If you are one of the users who are interested in installing many tweaks from Cydia, you could notice a slowdown in the speed of your iPhone or you may have apps that crash every time you launch them. 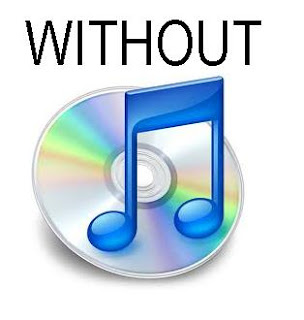 Here’s a new Cydia tweak “iLEX RAT” which allow you to restore your iPhone/iPad or iPod touch without losing your jailbreak to fix any slowness or crashing apps issues on your iDevice.

Simply iLEX RAT will delete all your apps and all tweaks downloaded from Cydia including any file installed on your iDevice’s system. After using iLEX RAT, your iPhone will be returned as a new iPhone with the Cydia icon.

– Don’t forget to take a backup from your iDevice.

How to restore your iPhone/iPad/iPod touch without losing iOS 6 untethered jailbreak: 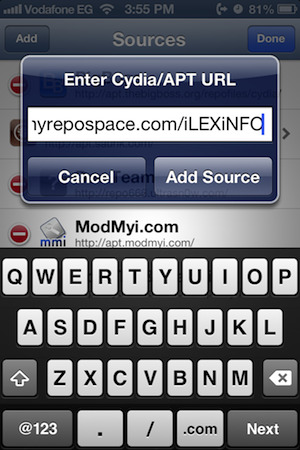 Step 2: Go to search and find iLEX R.A.T. and Install it. (You will not see an icon for it on your homescreen) 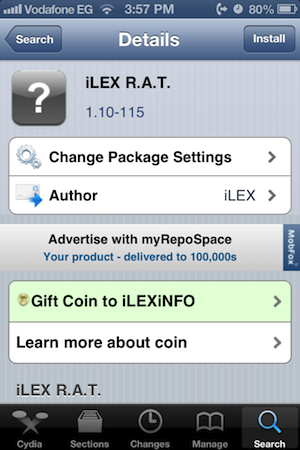 Step 3: Search for MobileTerminal on Cydia and install it.

Step 4: Go to home screen, you will find icon for MobileTerminal. 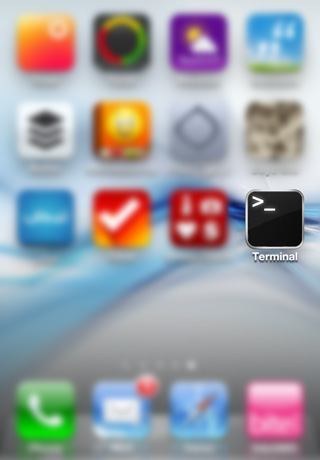 Step 5: Open MobileTerminal and write “rat” then tap on Return, you will see the below choices

Step 6: You can run any choice by writing its number, now you have to write “12” then tap on “Return” to “Revive, Speed Up, Clean Up.” 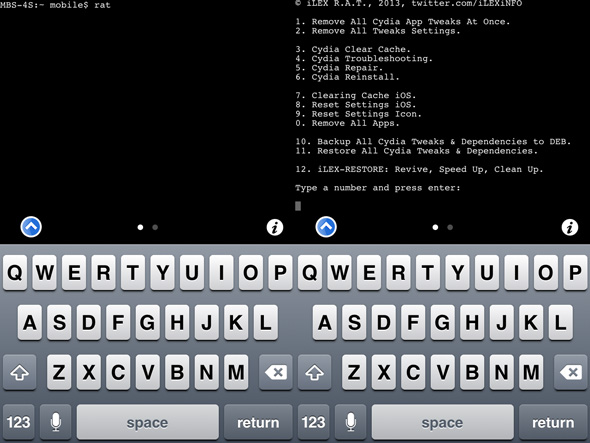 Step 7: You will get confirmation message that all content will be removed with preserving jailbreak, just write “Y” 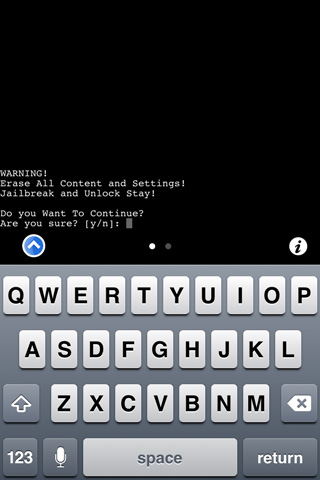 Step 8: This step will take some time, and it will ask you for restart your iDevice. After finishing you will find your iPhone has been restored with keeping the jailbreak.

How to restore iPhone without losing jailbreak (without iTunes):