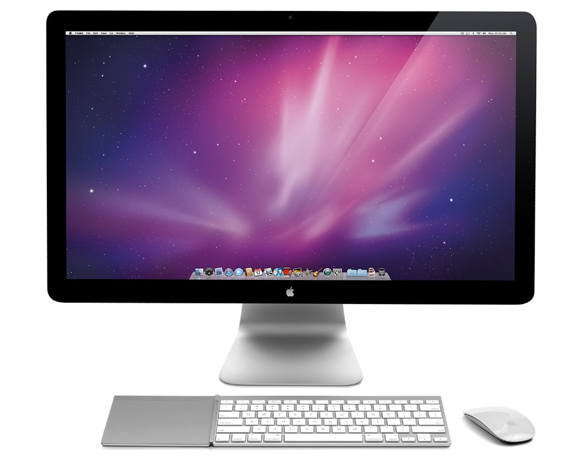 We’ve been testing out Twelve South’s Magic Trackpad + Apple wireless keyboard unifier for some time now and in short: it’s awesome. The Magic Wand works as advertised and is incrediblity simple to setup and start using. Simply slide your wireless keyboard and magic trackpad into the aluminum bar, push in the piece of supplied rubber to keep both input devices in place, and you’re set.
Many users of the wireless keyboard and trackpad with their Mac desktops have long noticed that the trackpad tends to slide far from the keyboard. In my experience it is just plain annoying. Twelve South’s Magic Trackpad works to defeat the issue and does in a fairly-inexpensive and intuitive manner. The product also works for anyone as you can slide the trackpad or keyboard into any side of bar, so it’s perfect whether you are right or left handed…
We don’t have any major gripes with this product except for two minor annoyances. The first is depending on the direction you place the trackpad and keyboard into the Magic Wand (right or left handed) you will completely block either the keyboard or trackpad’s power button. This may be an issue for some but is definitely not a significant issue since the Apple wireless keyboard and Magic Trackpad have excellent power conservation technology and use very minimal power when not in direct use.

The second would be with actually performing clicks with the Magic Trackpad when its’s in the Magic Wand. Since the Magic Trackpad’s clicks are initiated when the “feet” of the device are clicked, the Magic Wand tends to block the feature just a little bit. This issue is typically only present on the bottom left side of the trackpad and is more of an issue for me. I don’t think many people will care as the trackpad gestures and clicks are still fully functional.
The Magic Wand is perfect for anyone who does not want their wireless keyboard and trackpad sliding around, or for anyone who uses both devices for a home theater type setup. The Magic Wand is available now for $29.99 with free shipping from Amazon.
0
SHARES
FacebookTwitter
GoogleLinkedinPinterestWhatsapp