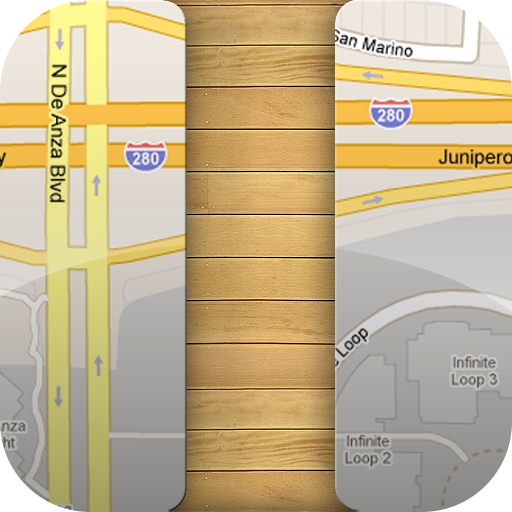 When Apple launched iOS 4.3 with its Personal Hotspot feature enabled, many users were hoping the Wi-Fi-only iPad could use that connection to receive iPhone GPS data for maps and navigation on its larger screen. Unfortunately, that didn’t work too well.
Enter Kai Aras’ AirLocation. The app does what Personal Hotspot doesn’t, giving non-3G iPads even more functionality. By all reports, the app is super simple, and its webpage doesn’t get into any specifics beyond these four outlined instructions: Turn on the iPhone’s Personal Hotspot, connect your iPad to it, start the app on both devices, and hit the road.
Says Federico Viticci of MacStories in his review:

[Although] AirLocation doesn’t come with all the features of the Maps app for iOS, it does keep track of your location in real-time on the iPad using GPS and it didn’t stop working after a few minutes. I could see the blue dot indicating my location moving on screen at the same time of the iPhone, which was transmitting data via Personal Hotspot.

So, for $0.99, you get bare-bones GPS for your Wi-Fi iPad that works as advertised. Who’s in?
0
SHARES
FacebookTwitter
GoogleLinkedinPinterestWhatsapp