We’re not entirely surprised, but were nevertheless taken aback by the news that Scott Wilson’s iPod nano watchbands will be sold at Apple’s retail stores later this week. For those who have been sleeping under a rock lately, Scott Wilson is the brains behind the LunaTik and TikTok concept projects.
Of course, Wilson’s not the first as Griffin beat him to market with iPod nano watch straps, but looks like he wasn’t kidding when he raised a million dollars on Kickstarter. Here’s how Wilson commented the development in an interview with FastcoDesign:

A lot of people just don’t have the instincts to know whether it’s going to sell, so they just don’t want to gamble. But to see it globally accepted across 50 countries, that’s not much of a risk. I bounced it off of different contacts at different retail channels, and they all decided that it needed to be in that 34.95 to 35.95 sweet spot.

Apple will be carrying the designer’s watchbands at their retail stores later this week. The LunaTik in silver and red will retail for $79.95. The TikTok in black and white will be sold for $39.95. According to Willson’s survey, more than three quarters of iPod nano buyers (76 percent) had purchased the miniature music player because of the watchband. Go figure. Here’s a neat reminder of how the iPod nano watch came to be in the first place… 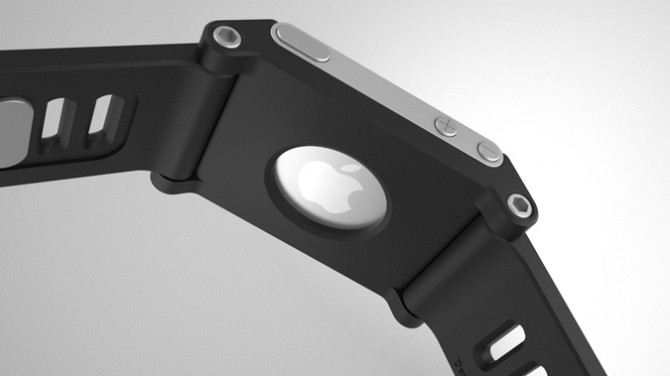 Steve Jobs kickstarted the iPod nano wristband craze with a seemingly unrelated off comment made at a music-related presser last year after putting up a slide with screenshots of six different iPod nano homescreens, one of them being the beautifully rendered analog clock. Little did he know that his joke will quickly become the latest tech meme in the fast-moving world of shiny gadgets. Check out that short segment in the below clip.

One of our board of director members is gonna clip it on to an armband as a watch.