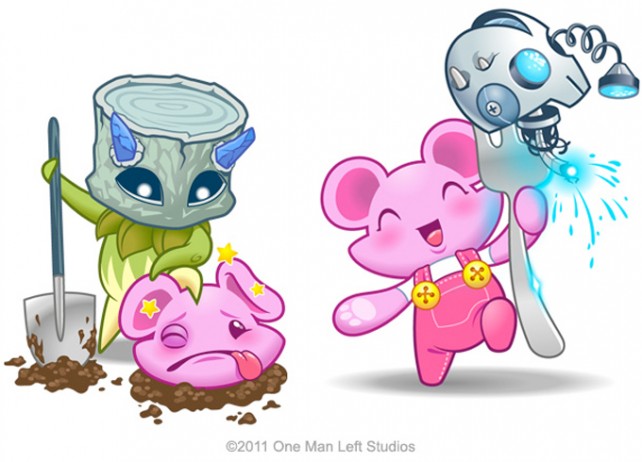 Later this year, One Man Left will be looking to place their next big addictive title into the hands of iDevice gamers everywhere. Game II is only in the prototype stage, but its development path is headed to create an experience that’s just as enjoyable, easy, and addictive as their current hit iOS game, Tilt to Live
One Man Left isn’t abandoning their Tilt to Live fans, although they wish to spread their creativity and talent into “something completely different.”

We feel a need to demonstrate to ourselves and the world that we are no one-trick pony. We want to be such a tricky pony!

The Game II project was announced yesterday on One Man Left’s blog. The details are extremely scarce at this point, however, the company describes Game II as a “multiplayer-focused, turn-based strategy game for everyone.” The post goes on to explain that “for everyone” means the project is intended to be a pick up and play experience, not requiring any sort of lengthy tutorial or vast range of control memorization.
Take command of units of the Plant, Robot, or Cuddly team — maybe even more — and wage more move by move. Plans for both local and online multiplayer, including Game Center matchmaking, will have players clashing across the room or across the globe. Turned-based strategy-style allows gameplay to move at whatever pace you choose.
From just reading the vague description and seeing the single concept drawing, I find it to be a mixture of things that could prove to be very interesting. I must say; who couldn’t have at least some interest in a game that is announced with a concept drawing of a mouse cheering for victory as it holds a severed robot head on a fork?
0
SHARES
FacebookTwitter
GoogleLinkedinPinterestWhatsapp