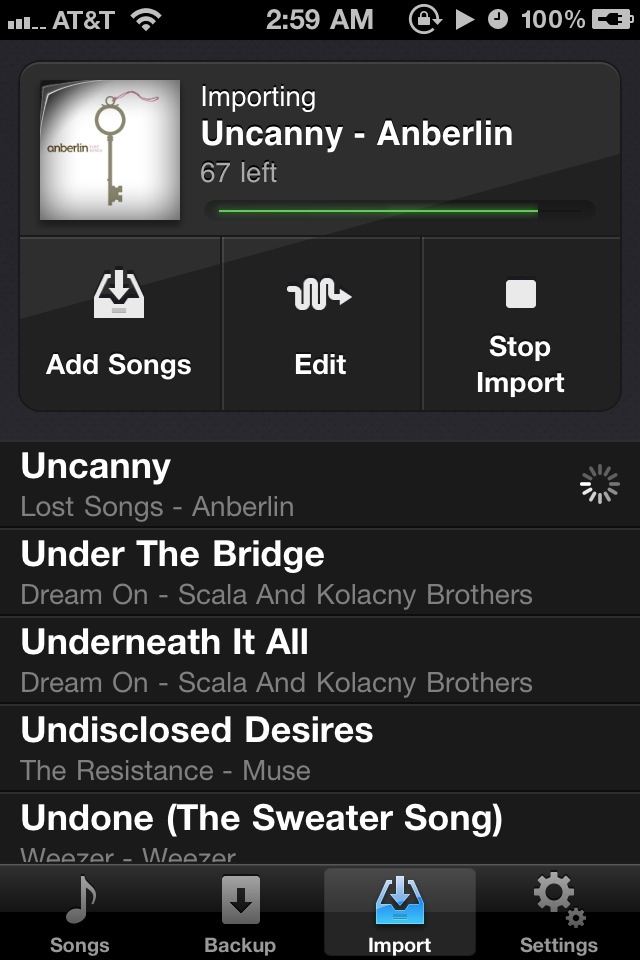 iBackupTunes ($1.99) by dw-c is an app to help you backup and copy the music you have on your iPhone or iPad to share with others.
I’m pretty sure we’ve all come across this situation at some point – you heard this amazing new tune and went and got your hands on it, but your friend wants it after you’re letting them hear it too. They want a copy of it from you, so what do you do? Well, if you have iBackupTunes, then your friend can easily get that song off of you thanks to this app. 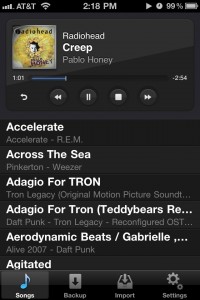 On the initial launch of iBackupTunes, you have to add the songs that you want to backup from your iPod.app. You can manually select the songs individually or you can import every song. Unfortunately, the songs that you’ve bought through the iTunes Store won’t be imported because of DRM issues, so you can’t share those.
When the songs are picked, it’s time to import them. This process can take a while, depending on how many songs you’re importing. The import process for a single song doesn’t take long though, only a couple of seconds tops. However, this adds up, so those with a few hundred songs or more, prepare to wait for a little. The app won’t import the songs if you’re not actively in the app, so beware. It will still import if your device locks itself though.
When the import process is complete, you can play your tunes like you always would, except now you can share your music with others by two methods: FTP or Wi-Fi via web browser. The music can also be imported into iTunes via the File Sharing feature.
The only unfortunate thing about iBackupTunes sharing method is that you can only share individual songs at once. This is good if you are just sharing a few songs or a single album with others, but it would take way too long to share several albums or an entire library with your friends. You also have to remain in the app to share music – there’s no multitasking support for this task.
Another very important thing to note – backing up your tunes will take up space on your device. So if you are running low on space, it is not advised to backup your entire music library on your device. 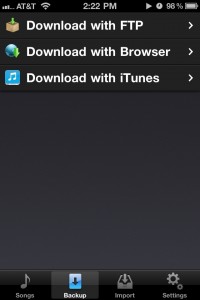 When you play your tunes with iBackupTunes, there is full multitasking support so you can enjoy the app while doing something else. It works like your default iPod app as far as that goes. You can also go to the Previous or Next tracks, pause/play and stop the music, as well as using the audio scrubber to go to whatever point in the track you want to listen to.
For now, iBackupTunes is good at what it does – backing up your music and making it easy to share a few songs with others. It also does it in a very nice and aesthetically pleasing UI.
However, it would be nice to see a way to be able to share entire libraries without having to download each music file individually. The app should also warn users that backing up the library will take up more space on your device, that way users can prepare for the large chunk of space that will suddenly be taken away from them. Another flaw is that the files will be stripped of the ID3 tags and artwork when downloaded from the browser method.
This app is good for those moments when you have a song and go up to your friend and play it and ask “Do you want this song?” Other than that, there isn’t much use for it in the current state. It’s up to you if you want to make the $2 price for the app worth it. Great if you constantly find yourself with friends that want some songs that you have. If not, then it’s probably better to skip this one. 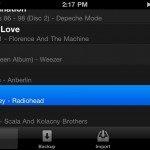 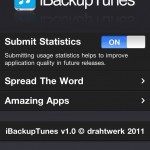 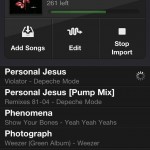 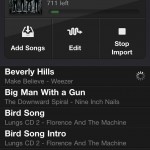 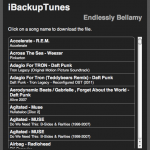 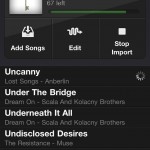 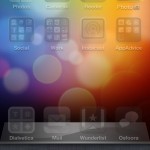 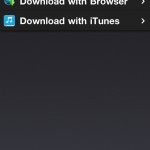 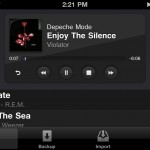 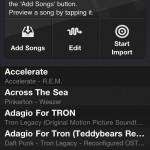 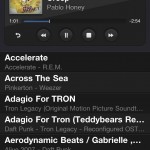