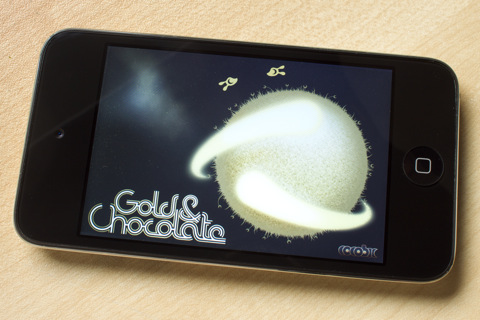 Gold & Chocolate ($0.99) by Cocobic is an elegant game and a treat for your eyes. It is something very different, described as an “Aesthetic Breaker.” A game designed to relax your mind and take you to a distant world. On that note, this is no Call of Duty or action packed first person game, but instead, it’s a simple memory game. 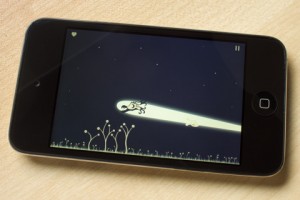 The game takes place on a strange world called “Gold & Chocolate.” There is not much color or scenery, just mystical plants and trees with odd little creatures. Throughout every level, users will tilt their device to make a comet or two pass by. As the comets pass, they will illuminate the creatures. They will only stay lit for a moment, and in that moment, you will notice something quite odd.
Some of the creatures will have long black tentacles and ferocious mouths, which is a very odd thing to add to a quiet and peaceful game. However, this is where the whole premise of the game is established. Those creatures that appear evil and wretched need to be expelled before you can proceed forward. Each level will contain a few, sometimes in patterns and sometimes completely random. This is the challenge of the game, to spot all of them and remember where they are.
The comets will only pass by for a few moments, these moments are the only time anything is visible on the creature. However, they cannot be expelled until all of the comets have passed. This requires users to not only have a good memory, but to be able to follow multiple creatures as they move around on screen. The game starts you off with three lives, represented by a heart in the top left corner. Simply tapping expels the creatures.
The game offers 90 levels, which transition one from the other with essentially no delay, menus, or load times. Between the graphics and soundtrack the game truly is a treat for your eyes and ears. Though this probably won’t gain as much as hype as other big titles, it is still certainly an excellent game and is worth checking out. 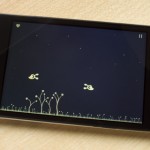 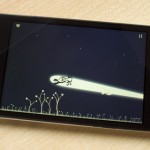 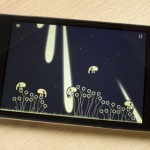 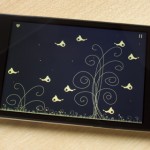