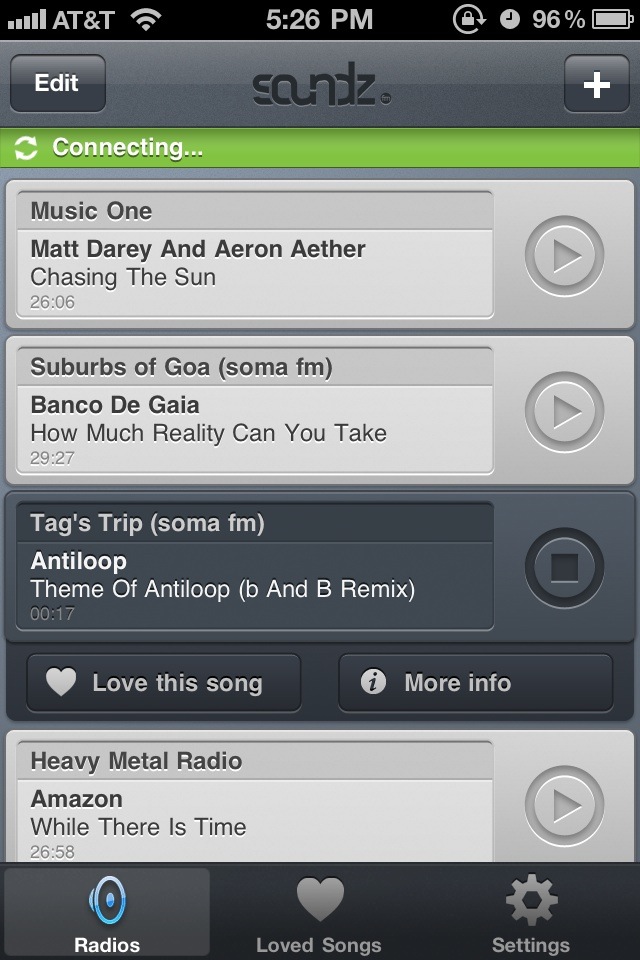 soundz.fm ($1.99) by BONET Development is an app to help you tune in to new radio stations and find your next favorite.
Sometimes listening to your own music can grow boring if you’ve listened to everything dozens of times already. That’s where streaming internet radio comes in. You’re bound to find something new that you would have probably never heard about before listening to Internet radio, right? I’m here to tell you about soundz.fm, a new radio app that just hit the App Store a couple of days ago. 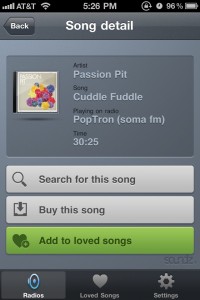 The first thing that you’ll notice with soundz.fm is that it is very well designed. I love the interface, graphics, and overall look-and-feel of the app. It’s clear that the developers took a lot of time to create the best look for the app.
To use soundz.fm, you’ll need a soundz.fm account. No worries though – there is no subscriber fee to use their radio service. Once you create your account, you can listen to soundz.fm stations from within this app or even from your web browser. It’s nice to keep everything synced together.
In the app, you’ll be taken to a list of radio stations. If you just created an account, there’s a few that are already added to your list of stations as examples. Want more? You can search from a list of radio stations from all over the world. Selecting a station will immediately place it in your radio listing. Stations can also be removed with the help of the Edit button.
In your radio list, you’ll see the name of the station, the current song that is playing, and the album that song is from. Additionally, you’ll see how long the song has been playing. Tapping a station will play the station and give you two options: Love a Song, or More Info.
Loving a song will add it to your “Loved Songs” section, which I’ll get to in a minute. The More Info will bring up Song Detail, complete with a small image of a CD represented by the album art for the song. You also get options to search for the song on YouTube or Last.fm, or buy the song from iTunes/Amazon. 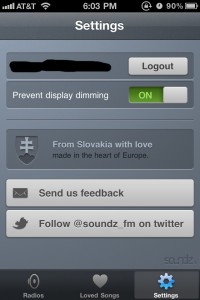 I had a bit of a problem with the information shown for each station though. The song/album name do not change, and the timer keeps going for large amounts of time. I don’t believe that “Cuddle Fuddle” by Passion Pit is 54 minutes long. The information is old and static; I’ve even closed the app fully and restarted it only to see the same information displayed.
The Loved Songs section is simply a place to bookmark songs you liked. You can’t play the songs, you simply get the options to search or buy a song, or delete it from your Loved Songs.
The app settings include account management (log in or out) and a toggle for preventing the display from dimming. There isn’t an option to control the quality of the streams (bitrate) or other stuff that can be found in other radio apps.
The biggest drawback of the app right now is that it does not support multitasking. The developers have already told me that they are going to support multitasking in the future, but I will have to say that the app is not worth getting without this crucial feature. The app even requires a minimum of 4.2 to use, so I’m not sure why it was released without multitasking support. It’s like the first versions of Pandora on iPhone.
I have been looking forward to this app since I first heard about it weeks ago, but I’m a bit disappointed with the initial release. Until the bugs are worked out (such as old song information) and multitasking is supported, then I can’t recommend it, especially at the $2 price tag.
With it’s current iteration, soundz.fm is better kept on the Watch List until improvements are made. I’ll be keeping it on my device though, so I can pay attention to App Store updates… 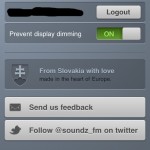 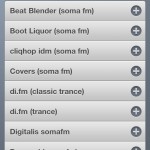 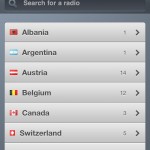 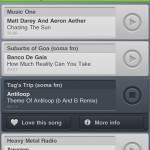 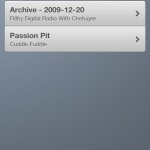 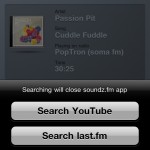 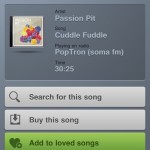 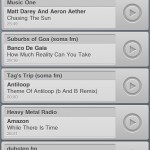 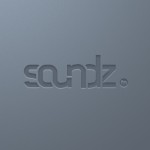