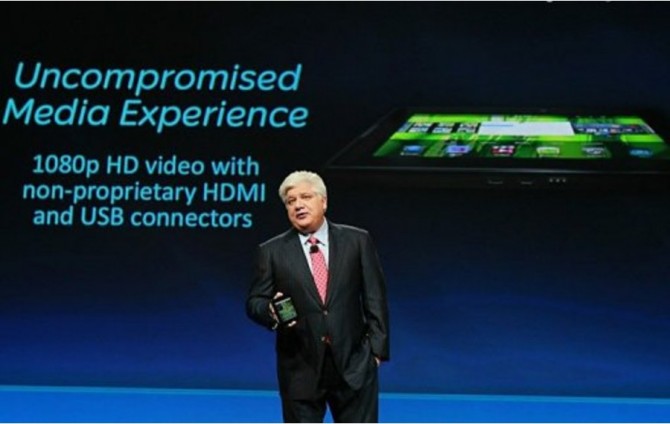 Someone said that Canada-based BlackBerry maker Research In Motion is Microsoft of a decade ago. If true, then Mike Lazaridis, a RIM co-CEO and founder, has to be their version of Steve Ballmer (even though he wasn’t Microsoft CEO back then). Look no further than Lazaridis’ complaints that the users and media alike aren’t appreciating his company’s dominant position in mobile, in his view.
Despite shipping 52.3 million BlackBerrys in their last fiscal year – a 43 percent annual unit growth – he kinda slipped in that rivals like Apple are racing ahead and stealing the headlines. Changing his anti-Apple tune, he said in a New York Times interview:

No other technology company other than Apple has successfully transitioned their platform. It’s almost never done, and it’s way harder than you realize. This transition is where tech companies go to die.

I guess that’s what happens to RIM unless they successfully transition their platform to a more modern operating system, in their case QNX. The BlackBerry PlayBook tablet, which will run approved Android apps via a virtual machine, is schedule to land on store shelves next Tuesday after an unwanted delay caused by the Apple-created shortage of touchscreens. Lazaridis also asked rhetorical questions about his company’s public perception:

If you ask Gartner, Apple will pretty much own the tablet market through the middle of the decade. According to their study, the iPad will dominate the tablet segment in 2014 with an estimated market share of 51.8 percent based on sales of 115 million units versus a 34.2 percent share for Anroid-drive tablets based on the projected sales of 76 million units.
The Gartner research note predicts the iPad will fall under 50 percent market share in 2015 (based on an estimated 138 million iPads) due to Android carpet bombing.

If true, it’ll be a repeat of the smartphone scenario when wide availability of dozens of devices on tens of carriers helped Android become the leading smartphone platform by operating system share. Predicting sales over a multi-year period is anything but given and you should take this survey, like many others, with a few pinches of salt.