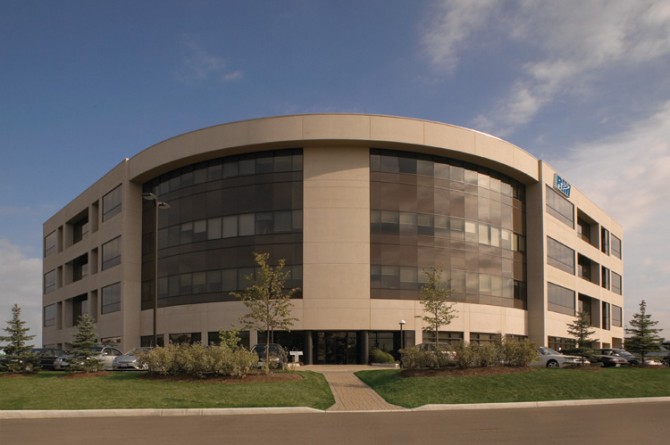 In an interesting move, Canada-based BlackBerry maker Research In Motion announced an upcoming new version of BlackBerry Enterprise Server that will support iOS and Android devices in the workplace. Yeah, Apple’s big rival in the smartphone arena will let its BlackBerry-using business customers manage and secure BlackBerry, iOS and Android smartphones and tablets from a single web-based console. iOS and Android support will be an optional component.
It’s based on RIM’s newly acquired ubitexx technology and allows for easy deployment of multiple components in a virtualized environment on a single server. The tool is somewhat limited because the new BlackBerry Enterprise Server won’t support all BlackBerry features on Apple and Google devices. For example, the new BlackBerry Balance capability that separates work from personal data only works with BlackBerrys. What’s in it for RIM?
The announcement is a welcome development for Apple’s platform as it may encourage BlackBerry aficionados to support iPhones and iPads in workplace without requiring IT managers to use Apple’s clunky corporate management tools.
Another explanation is that RIM is possibly so confident about BlackBerry that they chose to support iOS and Android to allow corporations to experiment with rival platform before they realize BlackBerrys have the best security features in the industry. Be that is it may, RIM’s announcement is in no uncertain terms a clear acknowledgment of Apple’s enterprise strides.
According to a recent Good Technology survey, the use of iPads and iPhones exploded in enterprise exploded between December 2010 through March 2011. That survey’s credibility stems from the fact that Good Technology is behind a BlackBerry-like enterprise messaging server so their data is pretty solid. The company also announced Facebook app tailored to its PlayBook tablet which went on sale last month, a FaceTime-like video chatting program for the tablet and new BlackBerry Bold 9900 and 9930 smartphones.  Can we now get BlackBerry Messenger for iOS, please?
0
SHARES
FacebookTwitter
GoogleLinkedinPinterestWhatsapp