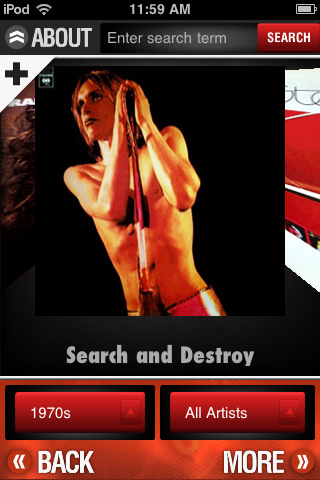 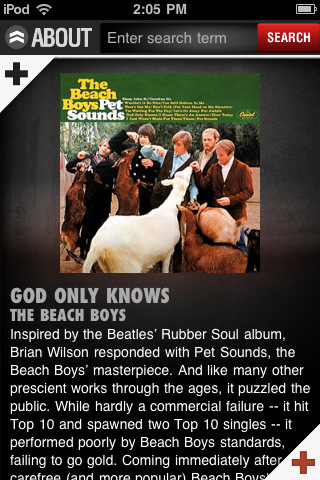 Add in the fact that each song has a description of why it’s awesome and influential that you can read while playing a preview of the song, and it’s an app that you can easily lose hours in just discovering (or rediscovering those hits).

The app’s got built-in search and arranges songs by artist and song title. You can hear samples and download songs you like to your device. Rock & Roll Hall of Fame costs two bucks a pop, it runs on iPhone and looks great on iPad. Check out a video walkthrough below the fold.
Update: The press release said that 600 songs were included.  Upon inspection, these aren’t full songs.
0
SHARES
FacebookTwitter
GoogleLinkedinPinterestWhatsapp