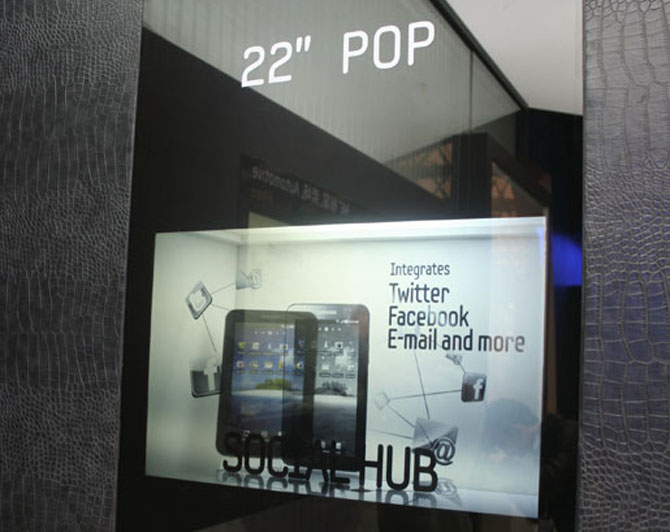 First samples of Samsung awesome new display panels have begun rolling out from assembly lines. These isn’t your pa’s display – the Korean consumer electronics maker has outdone itself by developing a new technology, pure Star Trek stuff. According to a press release, not only is the display itself transparent, it doesn’t require backlight because they’ve found a way to replace the traditional backlight with ambient light.
Given that traditional backlights consumer the vast majority of power in a traditional LCD, Samsung’s see-thru panels are tremendously power-savvy as well. The first panels coming out are of a 22-inch variety and sport a 1680-by-1050 pixel resolution with a 500:1 contrast ratio. From the press release:

More awesomeness, including additional images and video, right below the fold.
Apple has a multi-year contract with Samsung for flat panels and they are known for using the latest tech when it makes sense, like Thunderbolt connection. That said, a next-gen MacBook with a nice frameless display seems logical.
Hold your horses, Samsung for now expects to see the new display tech used by fancy advertising agencies and in boardrooms, for teleconferencing. Besides, transparent display makes little sense in everyday computing, even if the bottom clip showing a 14-inch transparent OLED display notebook is telling us otherwise.
Samsung pledged to hire 300 engineers in the first six months of 2011, which is part of the planned expansion of their Austin, Texas semiconductor plant worth $3.6 billion dollars, EETimes reported today. The company got bashed recently when it was discovered they ship notebooks with keyloggers preinstalled. 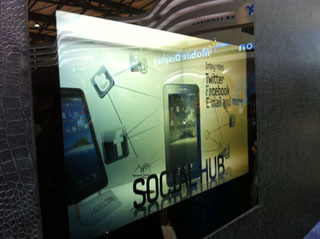 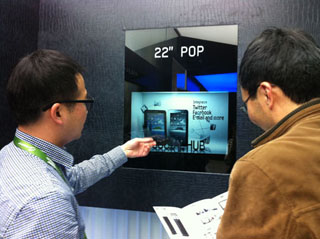