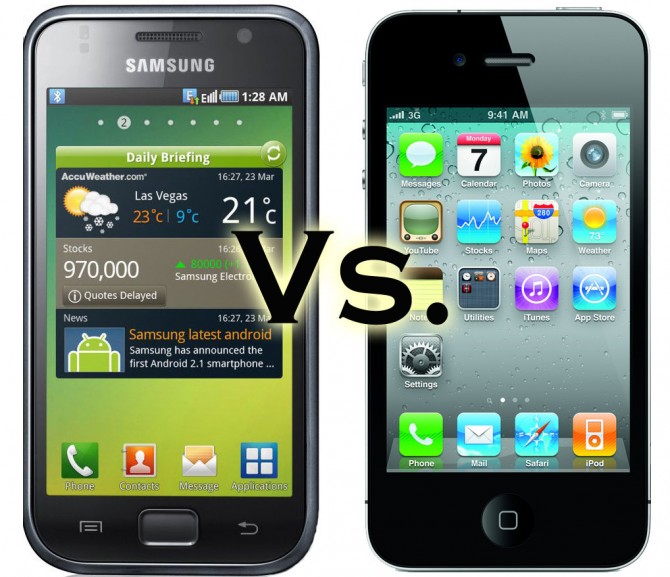 Apple knows what it is doing in suing Samsung, right?
We hope so.
The soon to be biggest phone maker in the world, who has been making phones and patenting its technology since before Apple was making iPods, is suing Apple in the US after suing Apple abroad last week.  The move is in obvious response to Apple suing its biggest parts contractor for allegedly copying its iPhone and iPad designs with its Android phones and tablets. Samsung received the second-highest number of U.S. patents last year after International Business Machines Corp.

The lawsuit intensifies a legal dispute that began when Cupertino, California-based Apple sued Samsung earlier this month, claiming the Galaxy products “slavishly” copied iPad and iPhone technology and design. Samsung, which is also a supplier of some Apple chips, retaliated last week with lawsuits in Seoul, Tokyo and Mannheim, Germany.
In the U.S. complaint, Samsung accuses Apple of violating patents that “relate to fundamental innovations that increase mobile device reliability, efficiency, and quality, and improve user interface in mobile handsets and other products.”
The patented technology includes ways that a phone allows calls and Internet surfing at the same time; improvements in how text messages and attachments are sent; reductions in interference among mobile devices; and increases in the capacity of mobile networks, according to the complaint