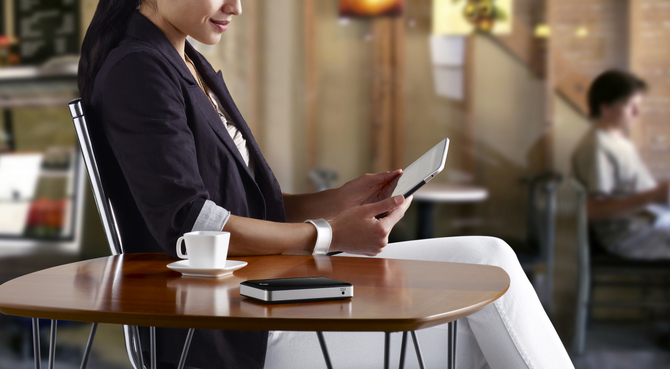 Seagate today announced the GoFlex mobile wireless storage for iOS devices, first uncovered in the FCC documents this past Friday. In addition to Apple’s mobile products, it works with any WiFi-enabled device thanks to its built-in 802.11 b/g/n wireless networking. The half a terabyte drive has fifteen times the capacity of a 32GB iPhone 4 and eight times more room to hold your apps, photos, videos and other data than a 64GB iPad.
In fact, 500GB should be enough for most folks to carry their entire iTunes library with them. The drive has a rechargeable battery that provides up to five hours of continuous operation and up to 25 hours of stand-by time. Your iOS devices talk to it via the free GoFlex Media app. GoFlex Satellite will retail for $199 when it arrives this July at Amazon, BestBuy.com and Seagate.com stores.
0
SHARES
FacebookTwitter
GoogleLinkedinPinterestWhatsapp