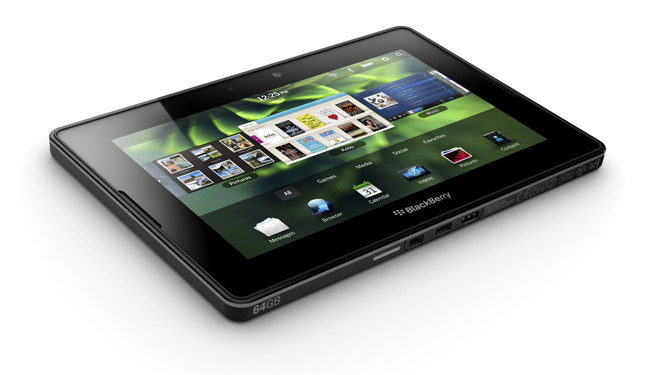 OK, just kidding.  But the Playbook just got priced.  And it runs Android Apps.
Research In Motion announced the BlackBery PlayBook tablet with great fanfare seven monthsago. Company executives have been mum on its exact pricing all this time, except vague hints that the gizmo will price-match Apple’s tablet. With the beefier iPad 2 now making rounds at the same starting price of $499 and with Samsung’s rival Galaxy Tab adjusting itself to the pricing pressure from Cupertino, RIM has officially joined the fray by price-matching the iPad.
The PlayBook costs $499/$599/$699 for the 16/32/64GB WiFi model, the same as iPad 2. Best Buy is now taking pre-orders for the device as we speak.
0
SHARES
FacebookTwitter
GoogleLinkedinPinterestWhatsapp