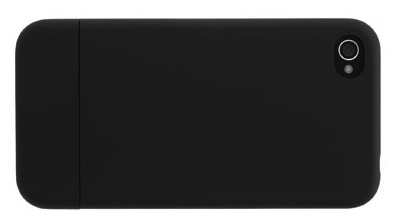 gdgt reports that Apple is currently investigating an issue with the way third-party “slide-on” cases for the iPhone 4 can interact with the iPhone 4’s glass back, trapping dirt and other material between the two layers and causing scratching that can lead to cracking or shattering of the device’s glass.
According to my sources both inside and outside Apple, after Antennagate the iPhone engineering team identified another potential design flaw that appears to have sent them into a quiet lockdown, and has them working behind the scenes in what’s been described to me as something of a quiet panic to preempt any further tarnishing the iPhone brand. Apple has apparently found that non-bumper style cases — specifically those that slide onto the iPhone 4, which are occasionally prone to particulate matter getting caught between the rear of the phone and the case — can cause unexpected scratching that could quickly develop into full-on cracking or even much larger fracturing of the entire rear pane of glass.

According to the report, Apple has put together a lab and a team to conduct testing on the issue in order to determine how widespread it might be and how it could be mitigated.

The report also notes that Apple has until this week blocked sales of nearly all third-party cases from its retail stores, although it seems reasonable that Apple may simply have been limiting such sales while it was giving away free bumpers to customers as part of its efforts to address the antenna performance issue.