iPhone developer and hacker iH8sn0w has released an update to Sn0wbreeze 2.3 (iOS 4.3 jailbreak for iPhone, iPad, iPod touch), which among many things, brings an option to enable Multitouch Gestures on supported devices, patch for Mobile Substrate, bug fixes for both iBooty and iBSS, and sleep bug fix for iPod touch 4G / 3G users. 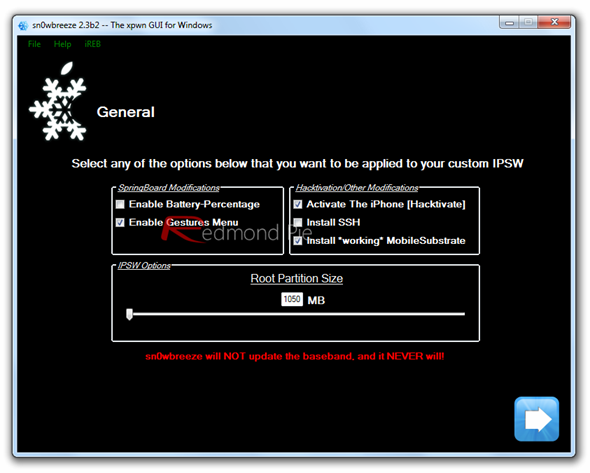 Full change log is as follows:
Instructions for jailbreaking iOS 4.3 using this new version of Sn0wbreeze are exactly similar to the last release. Simply download Sn0wbreeze 2.3b2 from here, and then follow our detailed step by step guide posted here to jailbreak iPhone 4, 3GS, iPod touch 4G / 3G and iPad running the latest iOS 4.3 firmware.
Mac user? no problem.
Note: Sn0wbreeze is a tethered iOS 4.3 jailbreak for iPhone, iPad and iPod touch. Also, there is currently NO unlock for iOS 4.3 yet. If your iPhone relies on a Ultrasn0w unlock, DO NOT update to stock iOS 4.3 yet.
0
SHARES
FacebookTwitter
GoogleLinkedinPinterestWhatsapp