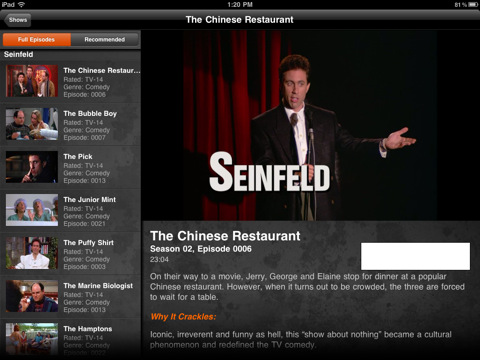 A string of recent releases of iOS television apps continues with the news that Sony has just released their official Crackle app for iOS devices, as previously rumored. The app provides access to tons of movies and television shows that can be streamed to the iPhone, iPod touch and iPad via 3G cellular connection and WiFi networks.
It’s a US-only thing, with a limited selection of content available to users from Canada, Australia and UK. Available movies and television shows include content from Sony-owned Columbia Pictures and Sony Pictures Classics studios. What are you waiting for, get downloading. More features and a couple of screenies after the break.
You can browse content selection by movies, television shows, originals, collections, genres or search by keyword. When you find something you like, add it to your queue for viewing right inside the app or online at Crackle.com. Sony said that Crackle, a division of Sony Pictures Entertainment, adds new movies and TV episodes regularly.
Current highlights include thousands of full-length TV show episodes such as Seinfeld, Spider-Man, The Three Stooges and Samurai X plus hundreds of movies like The Da Vinci Code, Snatch, Eight Millimeter, Quarantine and more. 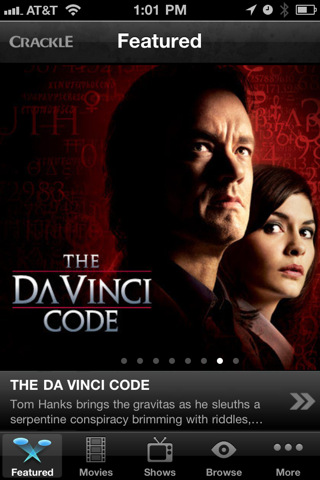 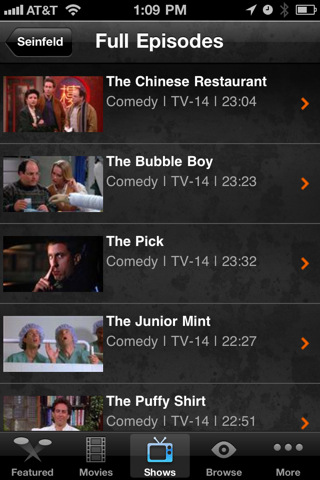