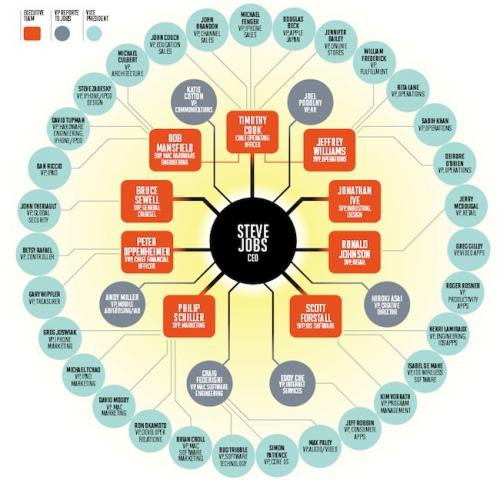 MacStories details a new feature story from Fortune about Apple’s management including a number of previously unknown anecdotes about Steve Jobs. The story is presently only available as an in-app purchase in the Fortune Magazine App [iTunes], but should appear online and in print shortly.

One interesting story is about Steve Jobs’ reaction to the poor MobileMe rollout in 2008 which was marred with slow services and downtime.
In Fortunes story, Lashinsky says Steve Jobs summoned the entire MobileMe team for a meeting at the companys on-campus Town Hall, accusing everyone of tarnishing Apples reputation. He told the members of the team they should hate each other for having let each other down, and went on to name new executives on the spot to run the MobileMe team. A few excerpts from the article.

“Can anyone tell me what MobileMe is supposed to do? Having received a satisfactory answer, he continues, So why the f*** doesnt it do that?”

“Mossberg, our friend, is no longer writing good things about us.”

Jobs reportedly appointed a new executive on the spot to run the MobileMe team. Another particularly interesting piece was the fact that Apple is actively planning and teaching its employees for “life at Apple after Jobs.”:

Steve Jobs hired dean of Yale School of Management Joel Podolny to run the Apple University, an internal group also featuring business professors and Harvard veterans that are writing a series of case studies to prepare employees for the life at Apple after Jobs. These case studies focus on Apples recent business decisions and internal culture, they are exclusive to employees and taught by top executives like Tim Cook and Ron Johnson.

MacStories also summarizes some of the other anecdotes from the feature article.