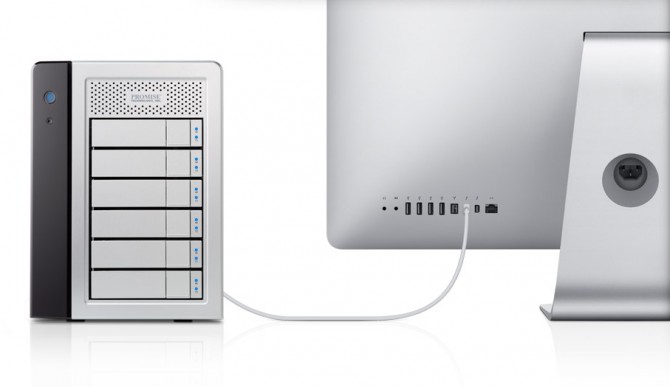 Computer maker Hewlett-Packard isn’t impressed with Thunderbolt, a high-speed I/O technology Apple and Intel co-developed as a new industry standard meant to replace a plethora of slow and incompatible connection standards in use today. Speaking to PCWorld yesterday, HP’s worldwide marketing manager for desktops Xavier Lauwaert said the company did look into the technology but walked away unimpressed.

We did look at Thunderbolt. Were still looking into it. Haven’t found a value proposition yet. On the PC side, everybody seems to be content with the expansion of USB 3.0. Do we need to go into more fancy solutions? Not convinced yet.

Apple so far is the only first-tier computer maker to actively promote and incorporate Thunderbolt as the next-gen I/O technology. The company debuted Thunderbolt on the 2011 MacBook Pro family and later expanded its use to the new iMac family, suggesting a likely roll out across Apple’s entire computer product portfolio. Only a select few of Thunderbolt devices are listed on Apple’s site, like storage and video capture gear. Hoping to entice a broader uptake, Intel recently announced Thunderbolt development kits allowing third-party peripheral makers to integrate this technology into their products.