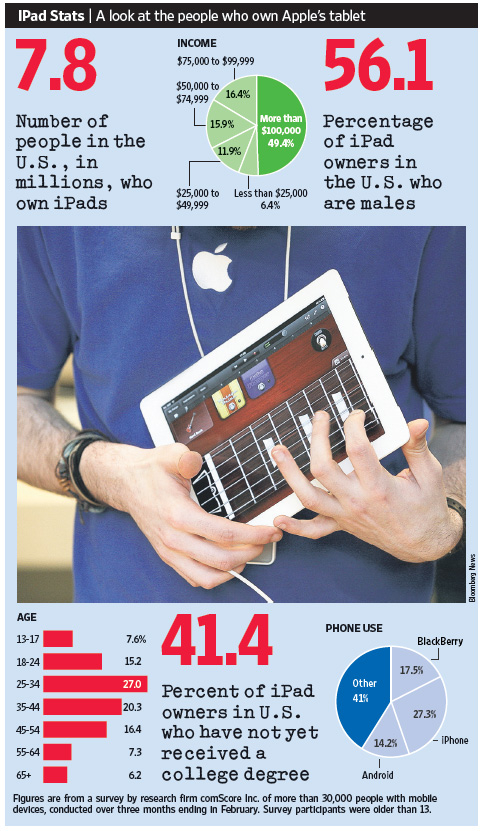 The WSJ points to a new comScore survey detailing who’s buying iPads. The most interesting piece to note is that iOS still trumps Android with 59% more people being exposed to iOS than Android.

The finding is incredible because it shows that Android being the most popular smartphone is not the whole story, said Mark Donovan, the senior vice president of mobile at comScore. Publishers, developers and advertisers are trying to understand how to reach audiences, and the study shows that users are using a range of devices.