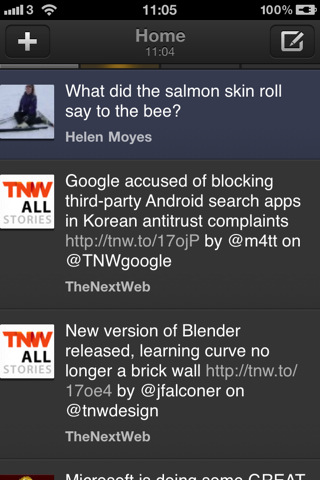 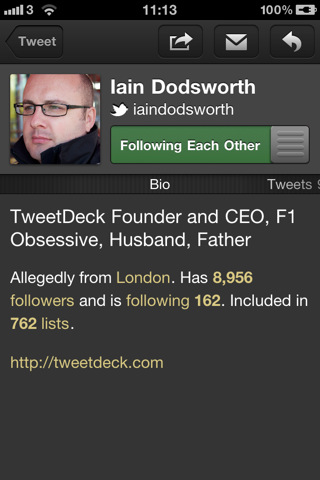 TweetDeck, a popular cross-platform Twitter client based on Adobe AIR technology, has received a complete overhaul to address a number of user complaints. The app’s rebuilt from the ground up and packs in a number of new features, including all major Twitter capabilities such as old and new style retweets, favorites, sending updates, direct messages and searching.
TweetDeck’s column-based dashboard is now more flexible as you can create columns consisting of multiple sources like Facebook feeds, Twitter timelines, direct messages and more. Go past the break to learn more about new features.
You can pinch zoom on a column to edit its settings, pull to refresh and use swiping plus other gestures to navigate through the app. The compose window supports image uploading, geo-tagging and username autocomplete for @mentions. You can press and hold a link to auto-shorten it using the j.mp service. Another notable enhancement is built-in Deck.ly support, which is a new feature from the desktop version of TweetDeck designed to break Twitter’s 140-character limitation. TweetDeck 2.0 is a new app that replaces the older version, so you’ll have to download the new version from the App Store rather than check for updates.
0
SHARES
FacebookTwitter
GoogleLinkedinPinterestWhatsapp