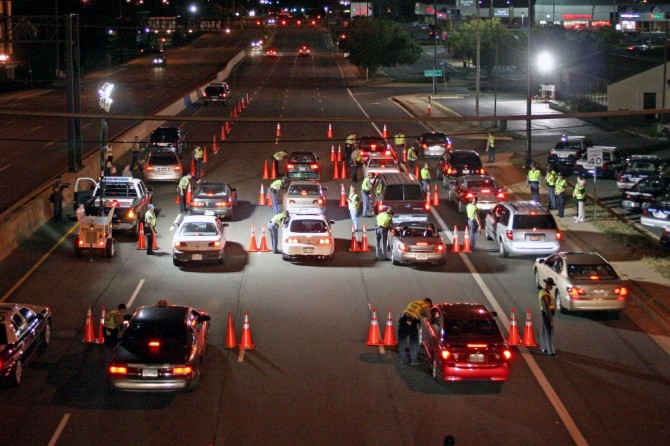 Image credit: Pennsylvania DUI blog
If you resort to software to figure out those speed traps, know that your senator is possibly lobbying to ban such programs from mobile bazaars forever. A group of senators took a tough stance on the matter, reports ABC News. The senators call such specialized apps “nothing but a public safety hazard”.
Deciding enough is enough, senators Harry Reid, Charles E. Schumer, Frank R. Lautenberg and Tom Udall – all Democrats – in a knee jerk reaction sat down and wrote a letter to Apple, Google and Research In Motion.

They want those checkpoint-dodging programs taken down from Apple’s App Store, Google’s Android Market and RIM’s App World. A mind-boggling excerpt from their letter reads:

We know that your companies share our desire to end the scourge of drunk driving and we therefore would ask you to remove these applications from your store unless they are altered to remove the DUI/DWI checkpoint functionality.

Senator Schumer’s office even bothered issuing a press release specifically mentioning Trapster and PhantomALERT, iPhone apps that provide users with real-time location information on DUI checkpoints. CNN observes that RIM has apparently complied and yanked Trapster from the BlackBerry App World.
It makes sense – to some extent – that responsible drivers would steer away from gaming the system. If you use smartphone apps to dodge speed traps, this initiative concerns you directly. You know who you’re gonna call to complain? That’s right, your state’s senator!
0
SHARES
FacebookTwitter
GoogleLinkedinPinterestWhatsapp