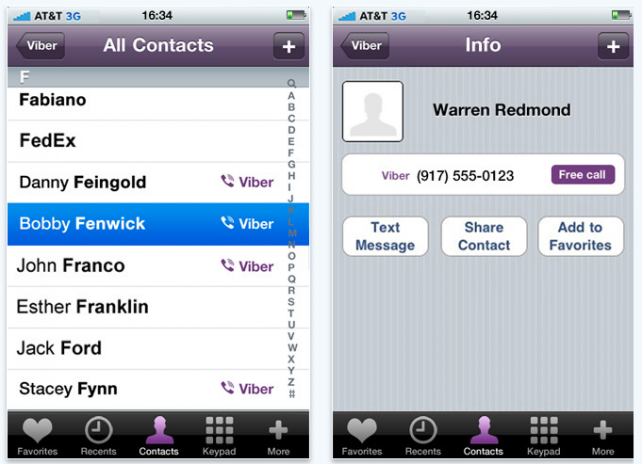 The popular, free VoIP app for iPhone and iPod touch, Viber, recently got updated to version 2.0. The new version brought a variety of cool, handy features – like a free instant messaging service, speed improvements, and bug fixes. However, shortly after being updated, Viber‘s developers pulled the application from the App Store due to “unforeseen tech difficulties.” Fortunately for Viber fans, the app is now back in the App Store, updated and better than ever.
News of the application’s removal from the App Store was announced on Twitter by its developers, a couple of days ago:

We are removing Viber 2.0 from the app store due to unforeseen tech difficulties. Should be back shortly. Sorry for any inconvenience

However, Viber was quickly resubmitted to the App Store, and version 2.0 is now available to download. As noted by the app’s developer in Viber’s release notes, new features include:

So, what are you waiting for? Check out Viber now in the App Store – it’s currently available for free, and is definitely worth downloading.
0
SHARES
FacebookTwitter
GoogleLinkedinPinterestWhatsapp