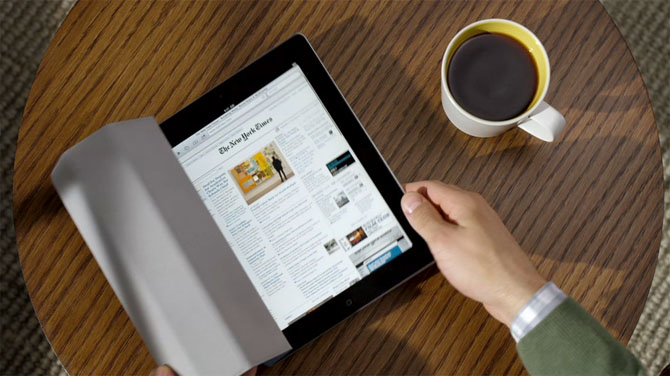 Apple’s uber-successful iPad 2 now has a Consumer Electronics stamp of approval, with the consumer magazine proclaiming the WiFi+3G version of the iconic device the best tablet available on the market. iPad 2 has beaten Motorola Xoom to the tablet punch, in addition to a bunch of would-be iPad killers from Archos, Dell, Motorola, Samsung and ViewSonic.
Consumer Reports put out a press release quoting their electronics editor Paul Reynolds:

So far, Apple is leading the tablet market in both quality and price, which is unusual for a company whose products are usually premium priced. However, it’s likely we’ll see more competitive pricing in tablets as other models begin to hit the market.

iPad 2 emerged on top despite Consumer Reports calling the Xoom “the iPad 2′s chief rival.” I guess it ain’t everything about speeds and feeds, huh Moto? You know what’s really remarkable? Read on…
What gave me a pause is the fact that a pricey iPad model topped the charts, not the entry-level $499 model. The $730 32GB WiFi+3G model scored Excellent in nearly every category, leaving the $800 Xoom in the dust.
They evaluated the tablets on seventeen different criteria. Apple’s slate does have legendary battery life, the results show.
Consumer Reports measured 12.2 hours of non-stop video playback on iPad 2 versus its rated ten-hour battery life. The Archos 70 Internet Tablet has the poorest battery that lasts just 3.8 hours.
0
SHARES
FacebookTwitter
GoogleLinkedinPinterestWhatsapp