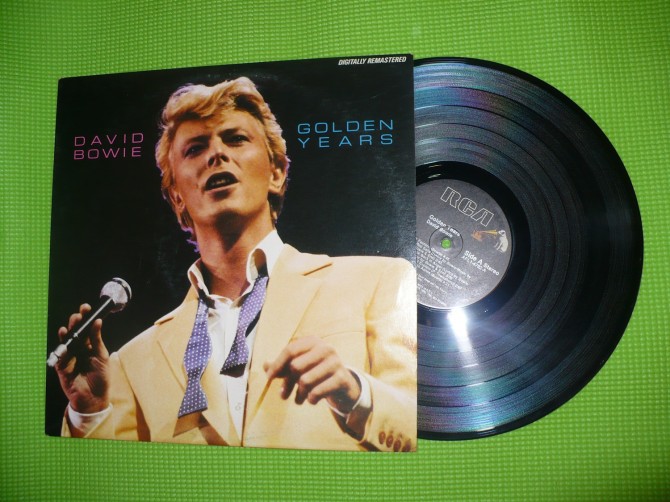 We told you how record labels are hoping to re-ignite interest in digital downloads by re-packaging albums as media-rich iPhone apps with interactive features. David Bowie is jumping on the bandwagon with a digitally re-mastered release of his 1975 single Golden Years, scheduled to land on iTunes on June 6.
Bowie, which previously released Space Oddity app album on iTunes, envisions the Golden Years app with remixing capabilities, based on eight separate tracks containing lead vocals, back vocals, percussion, harmonium, twelve-string guitar, bass, drums and percussion.
Music Radar explains details other features of the app:
The program will support multitrack view of the original song, the ability to activate or deactivate stem tracks and change stem tracks volume.
You’ll be able to create and save your own mix, export your mixes as MP3s and share them on social networks with your friends. If you don’t feel particularly creative, you’ll be able to shake your device for a random mix.
Bowie’s upcoming app album follows the arrival of the twelve-track Underwear Party album by The Ultramods which was recorded entirely using the new GarageBand for iPad 2 app.
The Loop explained the band recorded all instruments using stock instruments that come with this $5 app from Apple. The vocals were also recorded and mixed entirely on an iPad 2. Underwear Party album can be yours on the iTunes Store in exchange for ten bucks. A streaming version is also available free on the official website.
Eagle-eyed readers could note that Gorillaz last year recorded The Fall album on an iPad (available for pre-order on iTunes), although it was post-processed in professional apps. Apple last week updated GarageBand for Mac with the ability to import creations from the iPad app.
And let’s not forget the 99-cent BEP360 app for the iPhone and Pad released by Black Eyed Peas’ Will.i.am. Seen in the video below, it packs in cool augmented reality features and an awesome 360-degree music video. Just bought it yesterday and it looks great.
0
SHARES
FacebookTwitter
GoogleLinkedinPinterestWhatsapp