If you recently upgraded to iOS 4.3.3 that fixed Locationgate woes, you’ll be delighted to know that untethered jailbreak and unlock for iOS 4.3.3 is now available. The iPhone Dev-team have updated their PwnageTool and redsn0w programs so it’s now possible to jailbreak iOS 4.3.3 using Mac and Windows in a way that doesn’t require connecting the device to a computer each time it’s rebooted.
The iOS 4.3.3 untethered jailbreak is based on the exploit created by @i0nic for iOS 4.3.1. The updated redsn0w tool also allows you to turn on multitasking gestures, the team noted in a blog post. If you wish to unlock your device for use with any carrier, there’s an app for that.
To unlock an iOS 4.3.3 device, use the ultrasn0w tool. Remember that ultrasn0w at the time of this writing only worked with iPhone 4 baseband 1.59.00 and iPhone 3G/3GS basebands 4.26.08, 5.11.07, 5.12.01, 5.13.04 and 6.15.00. Use a custom IPSW to update to 4.3.3 in order to avoid updating your baseband. You may wanna use excellent ipswDownloader for Mac to easily find and download any iOS firmware build. This app also figures out your baseband version and tells you whether your iOS version can be jailbroken and unlocked. If you’re on Windows, download the f0recast app that checks whether your device is unlockable or tethered with a USB connect. 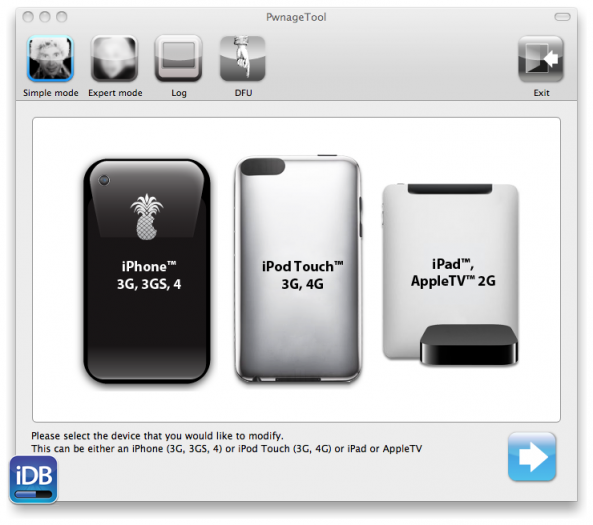 The iPad2 jailbreak remains under development. As you may know, the original exploit @comex developed in the first week of the iPad2 release was mysteriously fixed by Apple within days of its development. Partly because of this, don’t expect much public discussion of the iPad2 jailbreak until it’s actually finished and ready for release (and please avoid asking about it). In all liklihood, it will be a userland exploit like the first (unreleased) one, not dependent on bootrom dumps. The first one can’t be released even for those with the original 4.3 firmware due to legal (distribution) reasons.