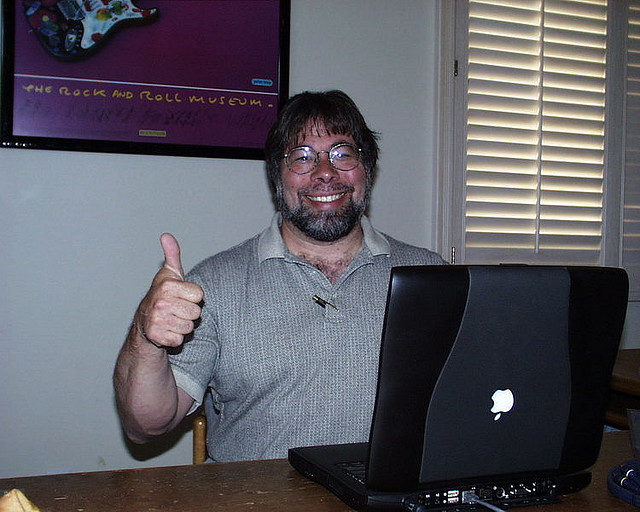 Steve Wozniak, everbody’s number one geek, is scheduled to give a commencement address alongside TIAA-CREF president and CEO Roger Ferguson Jr., reports Detroid Free Press. The two will speak at the Michigan State University’s convocation on May 6 at 1pm and receive an honorary degree. Plus, both Ferguson and Wozniak will also speak at the University’s advanced degree ceremony at 7pm the same day.
We’re looking forward to Woz’s speech. Besides being an engaging speaker and the uber-geek, Woz often drops previously unknown tidbits about Apple. We wonder if he’ll go down the retrospection route like the other Steve did during the 2005 Stanford University commencement speech. Remember that one, about life and death and following your heart because it “already knows what you want to become”? Refresh your memory with that inspiring video right below the fold…
0
SHARES
FacebookTwitter
GoogleLinkedinPinterestWhatsapp