The best camera is the one you have with you.  It just so happens that the iPhone is a pretty solid shooter, even out the window of a passing Jet.  Mashable notes:

When Stefanie Gordon boarded her plane in New York City to visit her parents in Palm Beach, the captain noted there was a chance passengers would witness the space shuttle Endeavor’s last launch during the flight. But she never expected to play a role in documenting it.
As the plane descended toward Palm Beach and the Endeavour’s launch became visible, Gordon pulled out her iPhone and snapped a few photos and a short video. On the ground, she posted one of the photos to her then 1,800 Twitter followers. 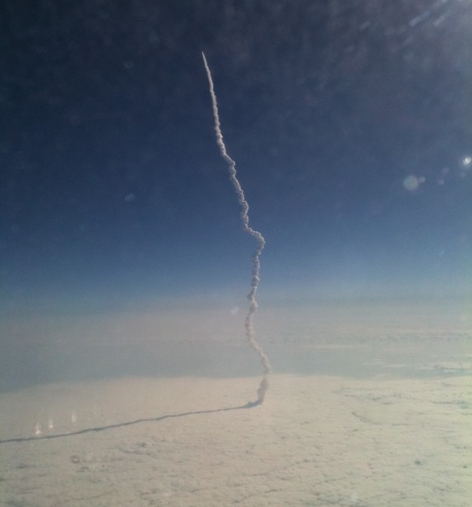