The Wall Street Journal reports that Apple has started mass production of the iPad mini.

Apple Inc.’s Asian component suppliers have started mass production of a new tablet computer smaller than the current iPad, people with knowledge of the situation said, as the Silicon Valley company tries to stay competitive against rivals such as Google Inc. GOOG -0.63% and Amazon.com Inc. AMZN -0.56% that are offering smaller, less-expensive alternatives to the iPad.

The Wall Street Journal cites two sources who also confirm that the iPad mini will use a 7.85″ screen with a lower screen resolution than the 3rd Generation iPad. The iPad Mini has been previously rumored to have a 1024×768 pixel display. 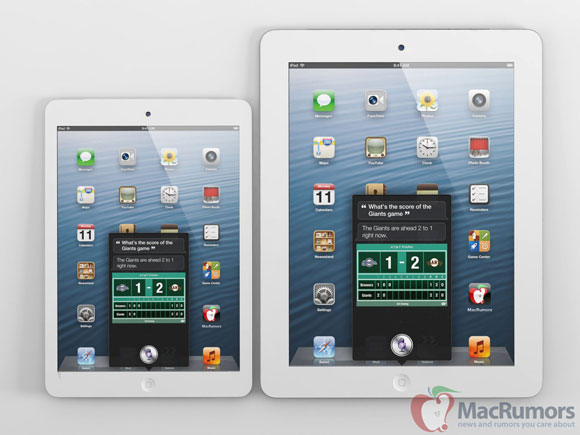 Mockup of 7.85-inch “iPad mini” next to full-size iPad.
The report comes just after a similar claim from Japanese site Macotakara who specified that the iPad mini had begun production in Foxconn’s factories in Brazil. The Wall Street Journal’s report seems to provide additional confirmation. Recent reports have suggested that the iPad Mini media event will take place in October.
2
SHARES
FacebookTwitter
GoogleLinkedinPinterestWhatsapp