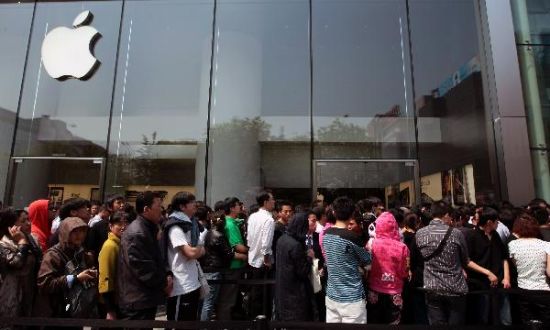 Fans gather outside Beijing Apple store for white iPhone 4 launch yesterday.
Just a day following the arrival of white iPhone 4, Apple’s been seen increasing shipping estimates for online orders in several countries to five business days, an increase from the previous estimate of 3-5 days. If you place a white iPhone 4 order via the online Apple store in Italy, UK, Spain,France, Ireland and many other countries, you’ll have to wait at least five business days for delivery.
The different-colored iPhone drew crowds in Hong Kong, Singapore and China who formed long lines to get their hands on the handset. The Hong Kong launch attracted hundreds of iPhone scalpers. No word of possible supply problems in those countries at press time, though. Shipping estimates for the US and are still in the 3-5 days range. If history is an indication, Americans will be the last to feel the effects of what appears to be constrained white iPhone 4 supply.
Apple currently sells white iPhone 4 in the United States and UK plus nearly thirty countries around the world, including Austria, Australia, Belgium, Canada, China, Czech Republic, Denmark, Finland, France, Germany, Hong Kong, Ireland, Italy, Japan, Luxembourg, Macau, Netherlands, New Zealand, Norway, Singapore, South Korea, Spain, Switzerland, Sweden, Taiwan, and Thailand.
The company promised in a press release that the handset will be available  in “many more countries around the world soon”. 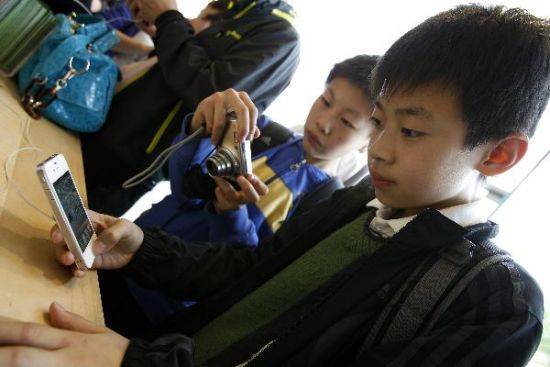