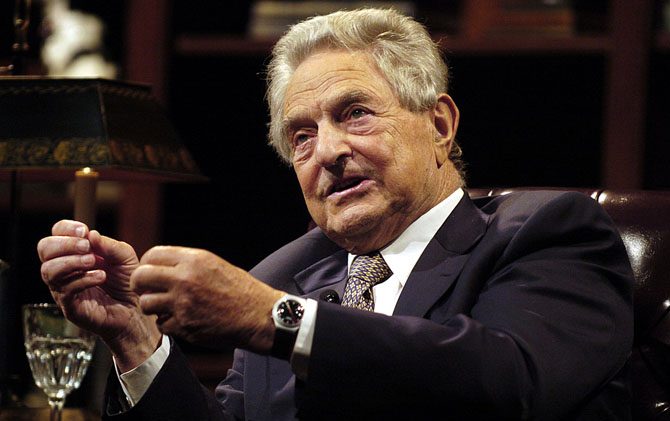 Do you ever wonder about the folks that spend big bucks on Apple’s shares? Yes, hedge funds and large institutional investors control about 70 percent of shares of Apple, but what about the remaining 30 percent? Just who are the A-league investors that pour their fortunes into AAPL?
Author James Altucher profiled four of them over at the Wall Street Journal blogs. Hungarian-born businessman and notable philanthropist George Soros owns about a hundred million dollars worth of Apple shares. The billionaire has obviously disregarded investment advice from Warren Buffet and isn’t concerned about Apple’s Nasdaq weighting getting cut by about 40 percent come May 2.
Soros also invested $10 million and $2.5 million in Citigroup and Ford shares, respectively, and owns 867,000 shares of Oracle. He’s not the only billionaire Apple investor, though. The remaining three right after the break…
Citadel’s Ken Griffin bought $2.5 million worth of Apple shares last quarter. Griffin started a hedge fund of his own from his dorm room and is now valued at a cool $2 billion.
Third Point Capital’s Dan Loeb owns Apple’s shares worth just north of $50 million. Finally, SAC Capital’s Stevie Cohen, whose position is valued at a whopping $282 million, added553,000 more shares of APPL to his portfolio in the last quarter.
Final disclosure: This author does not own shares of Apple or any other  stock for that matter.
0
SHARES
FacebookTwitter
GoogleLinkedinPinterestWhatsapp