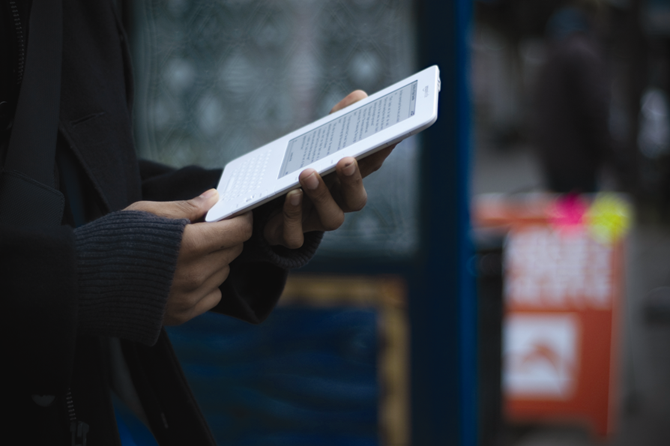 Amazon just announced a new library lending feature for digital Kindle books. The official press release says customers will be able to borrow Kindle books from over 11,000 local libraries in the United States to read on all Kindle hardware versions and free Kindle reading apps. The familiar features will work with Kindle library books as well, the stuff like whispersyncing of notes, highlights and last page read.
iOS users have been able to use the Overdrive App to do the same thing for some time (although Overdrive says 13,000 libraries)
This is a pretty big deal and here’s why…
You will be able to check out a Kindle book from a local library and enjoy it on your device with added benefits, Amazon said. For example, if you checked out a Kindle book again or buy it on the Kindle Store, all your annotations and bookmarks will be preserved. Of course, your notes won’t show up when the next user checks out the same book. This clever move by Amazon will do wonders to popularize their Kindle device and e-reading in general. The online retailer has so far done awesome job promoting the Kindle, but even though the device took off to a huge start and practically owns the category, it won’t become a mainstream phenomenon unless it becomes ubiquitous in the way the iPod did. For that to happen, more people need to be exposed to e-reading and what better way to reach reading aficionados than right inside their sanctuaries – public libraries. I’m sure this announcement will bring lots more people under the Kindle fold, helping Amazon cut the Kindle’s price until it eventually becomes free, which I’m certain is in the cards.
0
SHARES
FacebookTwitter
GoogleLinkedinPinterestWhatsapp